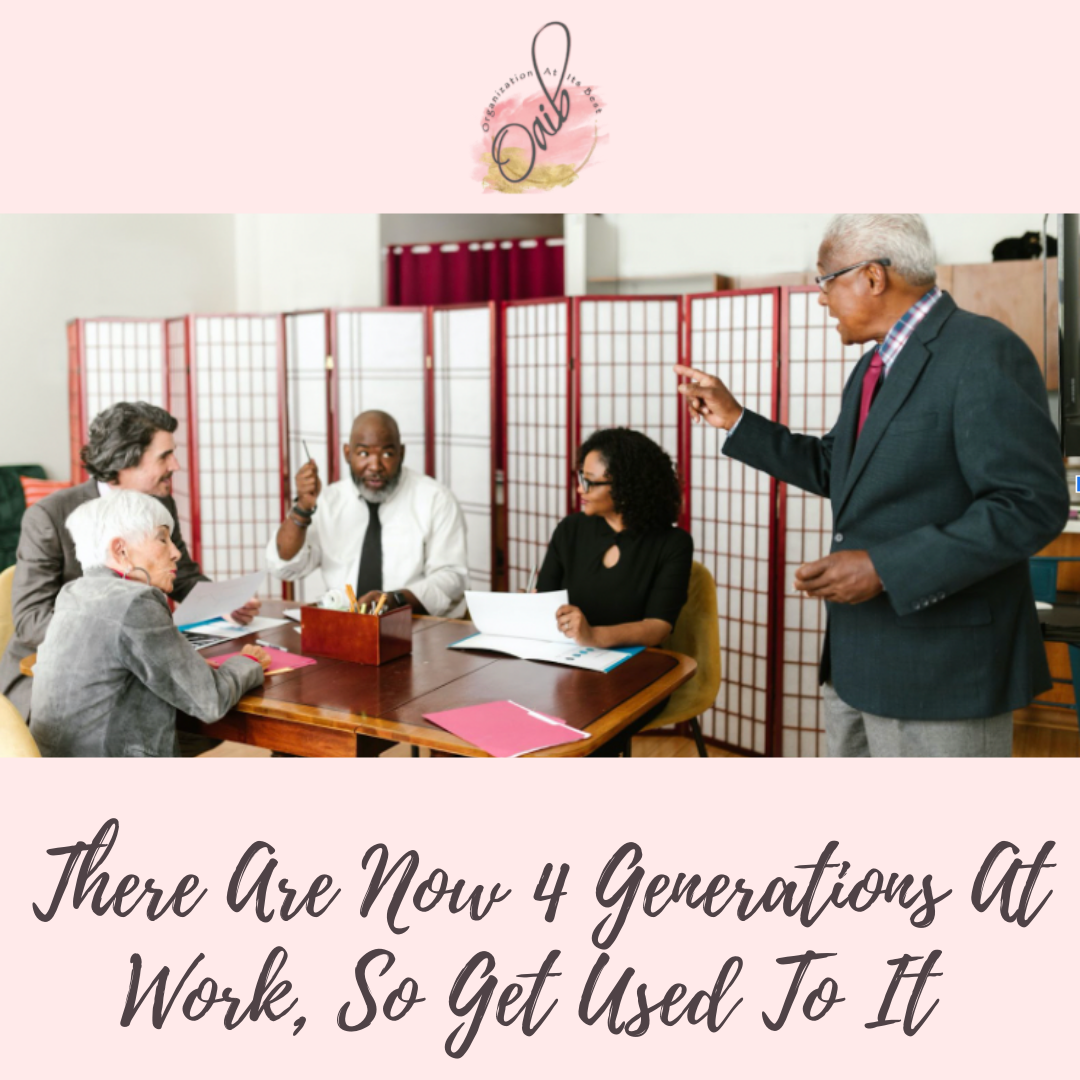 There Are Now 4 Generations At Work, So Get Used To It

Boomers, Generation X, Millennials, and Gen Z might seem like they grew up in different cultures, but here we are working together on projects, initiatives, and programs, trying to communicate our big ideas.

For the first time in history, four generations are in the workplace together, and each differs in its views on how things should be at work.

You know me, I have some thoughts on the matter.

Boomers expected stability and gave loyalty. Many are on their way out, nearing retirement after decades with the same company.

Gen Xers were the first to adapt to technology. They were taught to put their nose down and work, and that the reward is their paycheck and (hopefully) promotions.

Millennials saw their parents struggle with work-life balance and aggressively seek it for themselves, but struggle to find it because the workplace hasn’t adjusted to their expectation that if they “just get their work done,” they should be able to work when they want, from wherever they want, with more flexibility for time off.

While Millennials are the largest generation in the workplace, they are not yet the “keepers of the culture.”

The newest entry to the workforce, GenZ wants to be seen, heard, and acknowledged. They crave constant feedback and to know they’re advancing at every milestone.

Everyone Wants To Be Understood

One big difference between older and younger employees is that if younger employees don’t feel valued, they’ll leave. They see no problem with multiple short stints at jobs if those jobs aren’t meeting their needs.

We have observed younger workers feeling strongly about having a seat at the table and a voice. They want to know their opinion matters. They want someone to acknowledge that they’re stressed, that the project is difficult, and that it’s a lot on them.

Did you know that:

(Source: The Remix, by Lindsey Pollak)

Leaders, it is your responsibility to create cultures of belonging where all generations can thrive.

Leaders there are a few things you can do to create a culture of belonging for your younger employees:

If your organization needs help bridging the gap and learning to understand each other, reach out. Embracing differences and open conversation is our specialty.