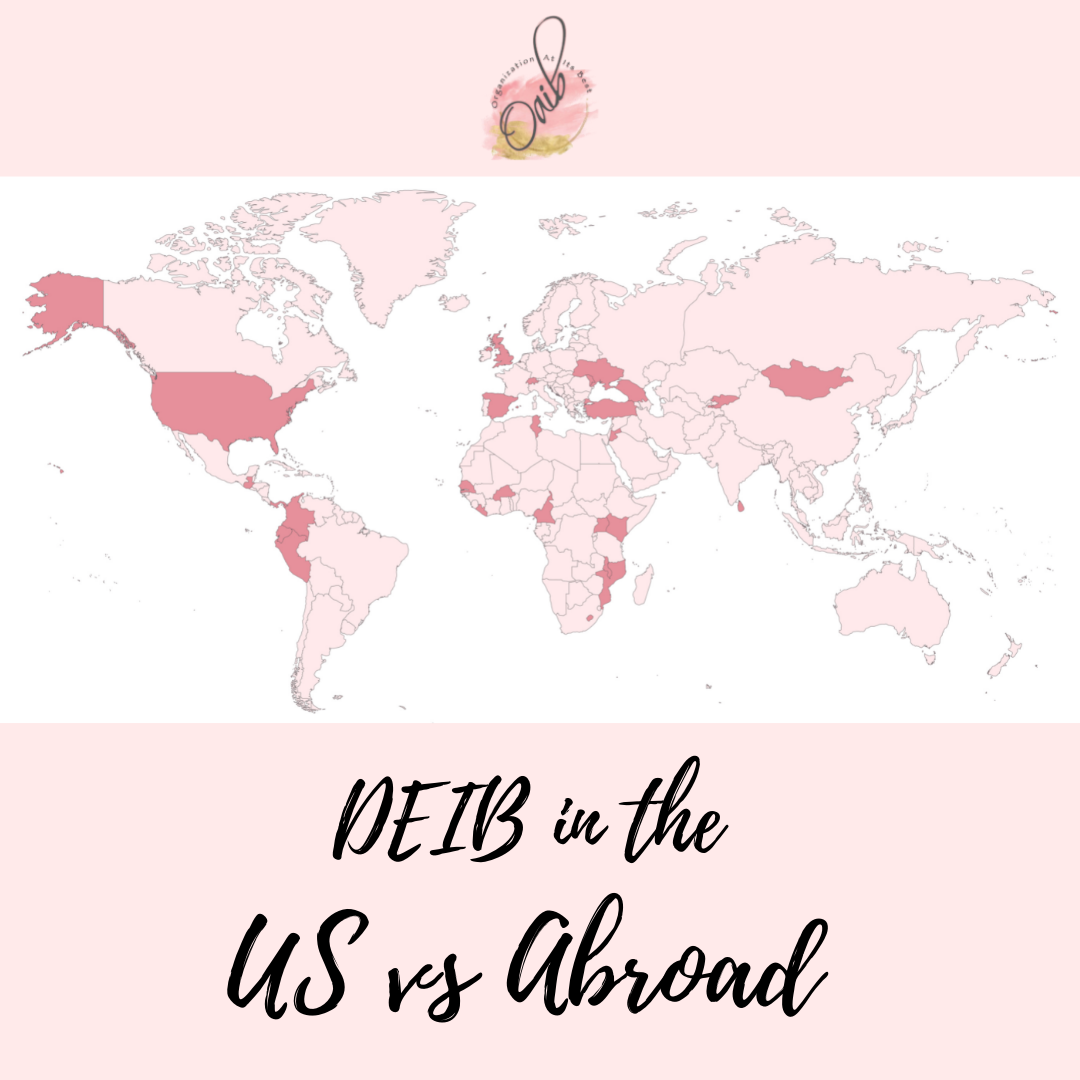 DEIB in the USA vs. Abroad

Organization At Its Best works with clients in almost 30 different countries, and it might surprise you to learn that the way we handle DEIB in the USA is the same as abroad, even in Africa where almost all employees are People of Color.

The only difference is the language people use to describe their lived experience.

In the USA, we talk about how racism is rooted in white supremacy, embedded in structural systems that perpetuates inequality.

In Africa, that same mindset exists, believe it or not.

Yes, it’s true that in Africa, the managers, leaders, board members, and investors are People of Color, but that doesn’t mean they don’t have biases.

Many people simply don’t see that they are continuing to perpetuate their colonizer’s mindset.

A colonial mentality is the attitude of ethnic or cultural inferiority felt by people as a result of colonization/racism. It leads to a belief that the cultural values of the colonizer are inherently superior to one’s own.

This idea that one group is superior to another has been normalized. Both in the USA and Abroad there’s a hidden belief that White people and their culture is superior.

Every day, Black people walk into the workplace facing this unseen bias.

The truth is, we all have biases, and thinking you have no biases is worse than knowing you do.

May our work in DEIB will help create what Archbishop Desmond Tutu called a “Rainbow Nation.”

Let’s continue shedding the Colonial and White Supremacy thinking that still exists across the globe.