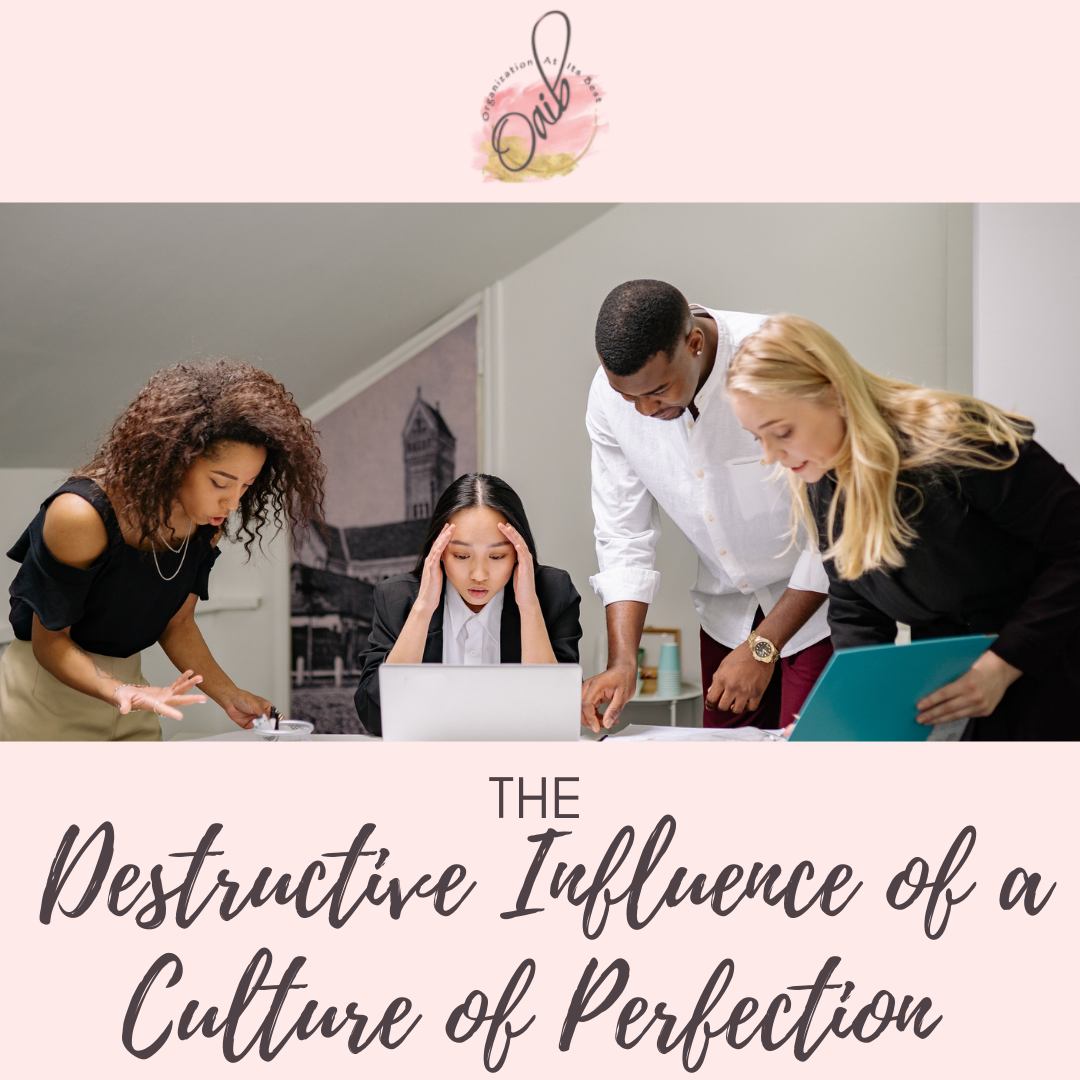 The Destructive Influence of a Culture of Perfection

In many workplaces, People of Color are being held to unreasonable, undefined, and unspoken standards a.k.a. “perfectionism.”

Perfectionism is often held by those who are most privileged, usually, the ones who are not even doing the work!

Perfectionism has put a damper on the careers of several People of Color I’ve coached. In each of their stories, there were unspoken rules and expectations of the organization that they learned the hard way.

Leadership assumed because of the employee’s experience, that some parts of the workplace culture didn’t need to be explained, and that new hires would “pick up on things” along the way.

Most People of Color don’t receive the same informal support that new hires in the dominant culture receive. White employees are more likely to be taken to lunch or to “grab a beer,” and are brought into the (predominantly White) culture, made privy to the unwritten rules and expectations.

Because mentorship was lacking in these organizations, the people I coached were left trying to prove that they deserved to be there in the first place, spending energy identifying and sidestepping hidden landmines. They were too focused on staying in the game and keeping their noses down!

Their contributions and aptitude were called into question. One employee had her entire educational background and work experience questioned by HR. All under the guise of “perfection” – which was expected, but undefined.

Is it Perfectionism, or Something Else?

I believe that this “perfectionism” may stem from a lack of understanding of cultural differences, and are sometimes veiled expressions of the expectations of a predominantly White leadership and culture.

When, the unspoken cultural expectations aren’t met – when People of Color don’t code-switch enough, or don’t conform to the dominant White culture – they can be accused of being “unprofessional” (code for not White).

Whether this is true or not, two things happen in a culture of perfectionism.

First, there’s pressure to meet an unreasonable standard. Because this standard is undefined, or arbitrary, no one ever gets there, beyond “keeping the boss happy.” It becomes a way to entrench power.

Second, living in a culture of perfectionism powerfully influences how people think about themselves and others.

People can swing from being self-defeating to prideful. Both leaders and employees waste time thinking they’ll never meet the “ghost standard” and that everyone else has it all together. Creativity is stifled, and people don’t bring their best selves to work.

What You Can Do

Leaders can help by clearly defining quality. Ideally, clear definitions of what leaders expect are set from the very beginning of employment. And these definitions are free from cultural biases.

If you find yourself needing to correct an employee, particularly a Person of Color, be clear. Talk with the employee about what behavior or language you want them to start or stop, and give the reason why.

For example, if a designer is creating a brochure, rather than say, “I don’t like the font” give the branding or business reason, such as “this font is too playful and gives the reader the impression that we’re a frivolous company.”

Being vague leaves employees feeling like the issue is a style preference.

What’s the only reasonable conclusion to a discrepancy over style? It’s that “You want me to be like you,” that “my cultural background isn’t acceptable.”

Leaders, if you want to find out if you are operating out of a “similar to me” bias, and have created a stressful culture that stifles innovation and humanity, we can help.