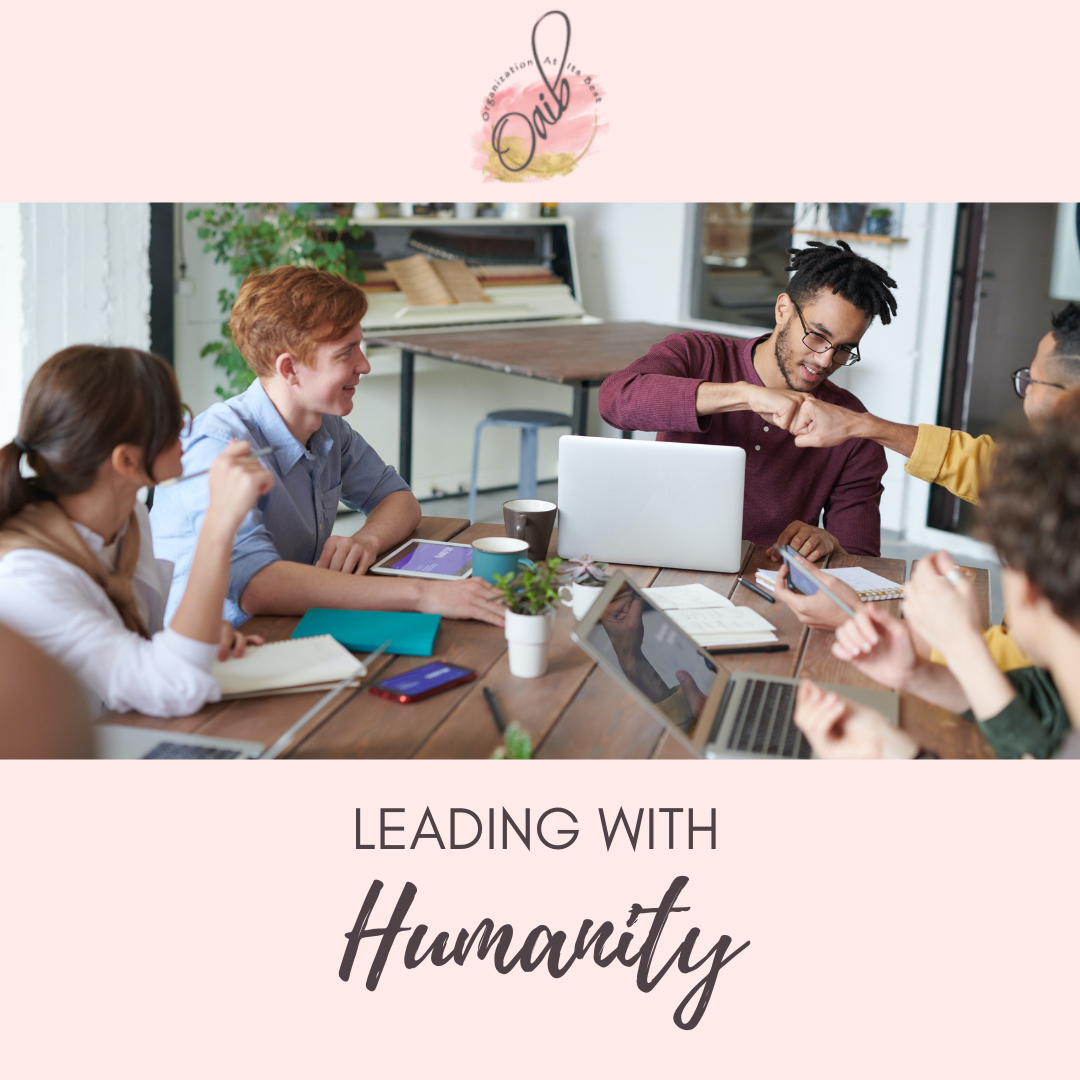 Here’s an example of a leader we work with who leads with humanity. Her team made a mistake that negatively affected the relationship with their main funding source.

Everybody in this organization knew the major donor paid most of their salaries, so they were holding their breath to see if the donor would pull funding.

Everyone, including the CEO, looked at the team leader for guidance, encouragement, and more information.

Senior management wanted her to keep the team moving forward and put on a brave face, not “scaring” staff with the seriousness of the situation.

But she was close to her team and wondered if she should just level with them. They had families after all, and she felt a sense of responsibility.

She had to communicate to her team – whose jobs were at stake – in a way that acknowledged the seriousness of the situation, without causing a panic.

She had to remain calm in the face of tremendous personal stress.

She only saw two choices: to either prepare the team for the worst (what the team wanted) or give a motivational speech and give them false hope (what the executives wanted).

OAIB helped her lead with humanity and find her way through the minefield.

I didn’t have it easy as an employee. I can tell you countless stories of being gaslit, not being treated as an equal, and worse. But now, as a CEO who councils leaders, I have come to feel that there is a double standard with the way employees sometimes judge leaders.

Leaders are expected to be “on” at all times and to be superhuman. Staff often hold their leader up to a standard that they are unwilling to meet themselves.

In the story above, this leader felt torn, like she needed to be “all things to all people.”

Trust me, leaders put this unrealistic expectation on themselves as well.

It’s a lose-lose situation when leaders show up as someone that other people want them to be.

The best leaders are their authentic selves, even when they’re between a rock and a hard place.

My advice to the woman in the story was to be vulnerable, to be human, and to do what the situation called for – for her to step up.

The company wanted her to hide the truth from staff, and the staff wanted to know what was really going on.

Here’s what she did.

Through coaching, she found her voice to connect with both her executives and her team.

With her team, she shared the reality of the situation, albeit at a very high level, but didn’t sugarcoat it. She was realistic. She did this by sharing her own concerns. She also said that while there were no promises, upper management was in their corner, even though the team messed up. She didn’t point fingers.

Then, she focused everyone on results. She got the team to clean up the mess. She made sure upper management delivered consistent messaging to the donor when he called them. She smoothed things over with the donor, admitting to the mistakes, taking personal responsibility, and explaining the ways she would prevent this kind of thing from happening again.

And she humanized it all by listening and being herself.

If you need help humanizing your leadership, take a look at our Leadership Academy.