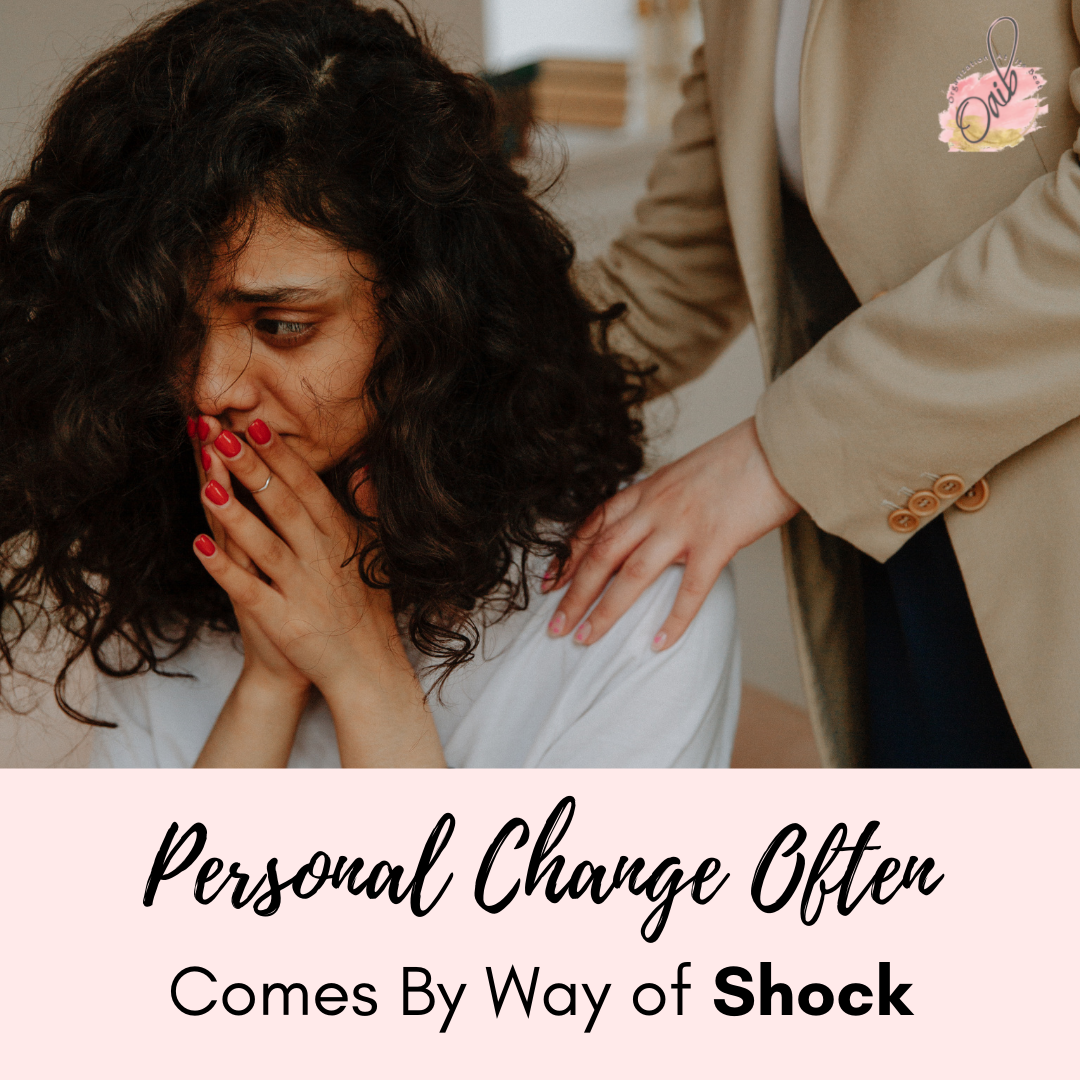 In their book, Overcoming Bias, Tiffany Janna and Matthew Freeman write that “A lack of awareness of your own bias allows you to move through the world without consideration of your impact on others.”

Most people don’t know their biases. We don’t see it when we cross the street to avoid certain people or put a resume on the bottom of the pile because they have a ethnic-sounding name.

Bias is so entrenched in us that most people think everybody else is biased, but not ourselves!

But human nature doesn’t work that way. Most of us don’t have the self awareness to see ourselves with perspective.

The reality is that people can overcome their biases either by a sustained lifelong self-effort or an external shock to the system.

A Shock That Awakens

DEIB practitioners and equity-minded leaders hold a mirror up for people to see the impact of their words or behavior. For example:

“Wow, you are so articulate!”

“Did you know that when you tell a Black person that they’re articulate, what we hear is that you you are surprised at our intelligence or ability to express ourselves.”

Yes, sometimes this is what it takes, being direct and firm. Not to punish, but to awaken.

True, many people won’t get it this easily, or they’ll think you’re being “too sensitive,” or they’ll shut down from fear, but holding up a mirror offers an opportunity for reflection that can help people see their impact on others – and sometimes to see their unseen, unconscious bias.

There’s A Way To Do It

“Calling in” helps a person awaken to their bias. “Calling out” causes people to shut down.

In that conversation above, I could have told the person: “When you tell a Black person that they’re articulate, it means you think Black people are less intelligent.”

That would have been calling him out.

When we call in, we use questions to help the other person see things from our perspective.

By inviting them into dialogue, we hopefully create an exchange, so we’re both educating each other.

I style my hair a hundred different ways. If someone asks: “Tawana, Your hair is so beautiful, can I feel it?” then I have a choice.

If I say, “No that’s offensive!” or worse, “You’re being offensive!” then the other person will likely shut down and walk away without understanding.

As much as it’s her responsibility to know better, is that reaction what I really want?

If instead I call her in and respond with “How would you feel if I asked to touch your hair?” then I’m holding up a mirror.

Some people just need to see what they look like.