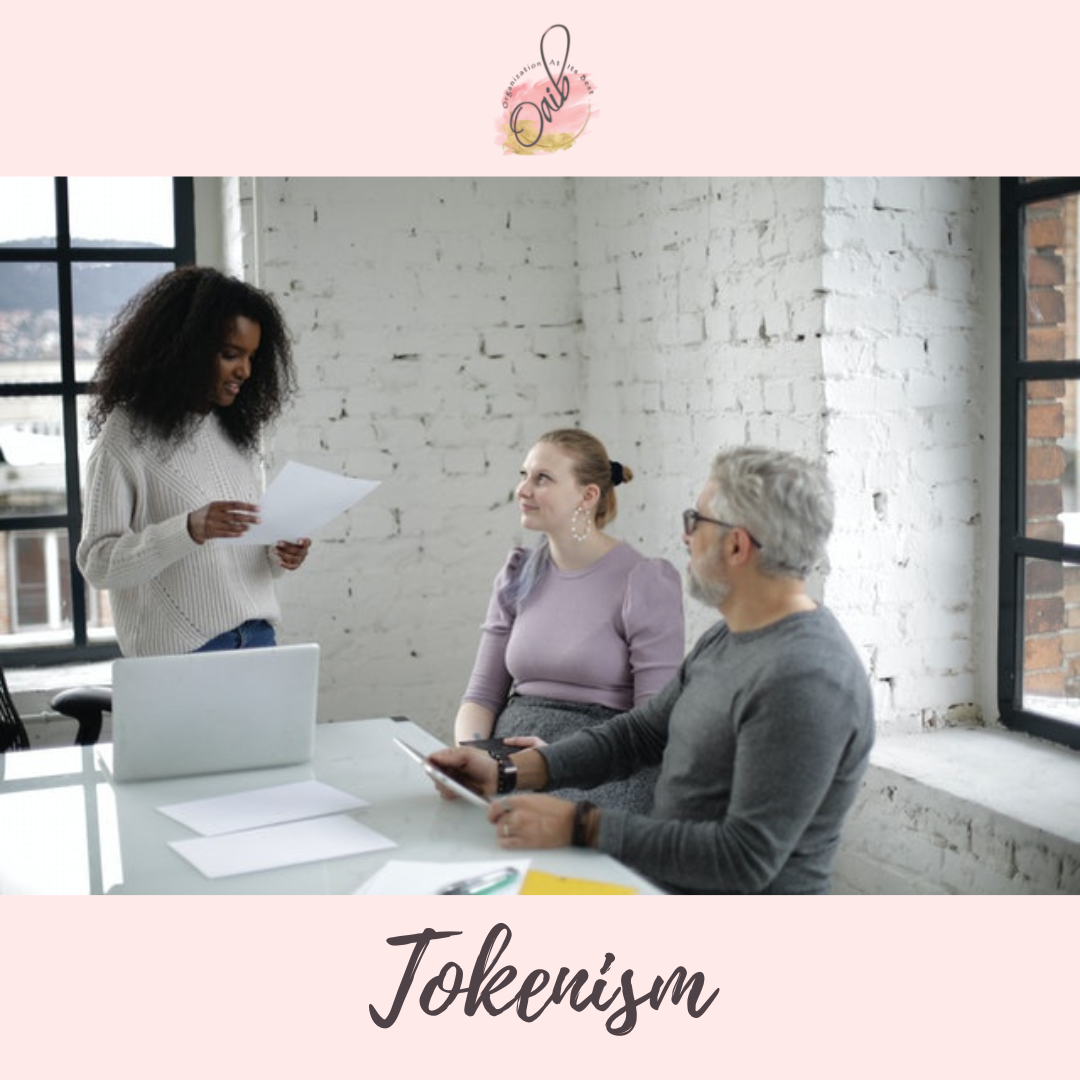 We all know it’s happening but don’t say anything.

It’s what happens when there’s only one Person of Color in the room.

When they are there just to check a box, so an organization can say they value diversity, it’s called tokenism, and this is harmful to individuals, cultural groups, and organizations.

When a person is “the only in the room” they’re often expected to represent their culture or other people who look like them.

Managers, for example, may consistently turn to the only Black woman on the team to “hear the Black woman’s perspective” or to ask her “what Black people think.”

This is exhausting. No one wants the pressure of representing, or speaking for, an entire cultural group, gender, or race.

Do you know what happens when you’re different from everyone else?

You tell people what they want to hear.

You work extra hard to fit in.

There’s added pressure because all eyes are on you, and everyone knows it. You know it.

And sometimes, token people are put on display.

The token Black or token Latina or token Asian, etc. are often trodded out front, and their image and words are put on the home page, in promotional materials, or on social media – to make up for a lack of real diversity.

Nobody ever comes out and says “You’re on this team because you’re Black,” but they don’t have to.

Tokenism isn’t something you always see. It’s something that’s felt.

So when someone asks me, “Tawana, what do Black women think about this…” I respond by saying, “I can’t speak for all Black women, but I can tell you what Tawana thinks…”

Sometimes, the extra scrutiny and misunderstandings that arise from tokenism are worse inside the cultural group that the token person is from.

Imagine being Black, changing your hair, dress, and speech all day long in a White-dominated office, then returning home to your segregated neighborhood and having your friends and family call you out for “putting on airs” or “acting like someone you’re not.”

And you’re just trying to do your best to fit into a different culture at work, so you can contribute and advance.

In fact, at OAIB, we have seen many organizations claim to be diverse because they have one Person of Color on the leadership team.

Worse, when an organization has tokenism, under-represented voices get drowned out.

People of Color are more likely to be interrupted in meetings. They are also less likely to use their talents and make impactful contributions because they don’t feel a sense of belonging.

All this affects team dynamics, retention, hiring, performance, and culture.

What You Can Do

If you’re a leader, take a look at who is sitting at your table. What voices are influencing decisions and outcomes?

If you want an equitable organization, work hard on creating a truly diverse team, then work harder on inclusion, and even harder on equity, and you’ll get a culture of belonging.

With a sense of belonging, more People of Color will contribute their talents, and not simply tell you what they think you want to hear.

Your entire team will benefit from diverse perspectives.

And if you’re an ally, reinforce the message that the more diversity, equity, inclusion, and belonging your organization has built into its culture, the more it will thrive.

If you’re interested in exploring how DEIB should be more than a program or initiative, and an actual foundation for the way you operate, contact us.