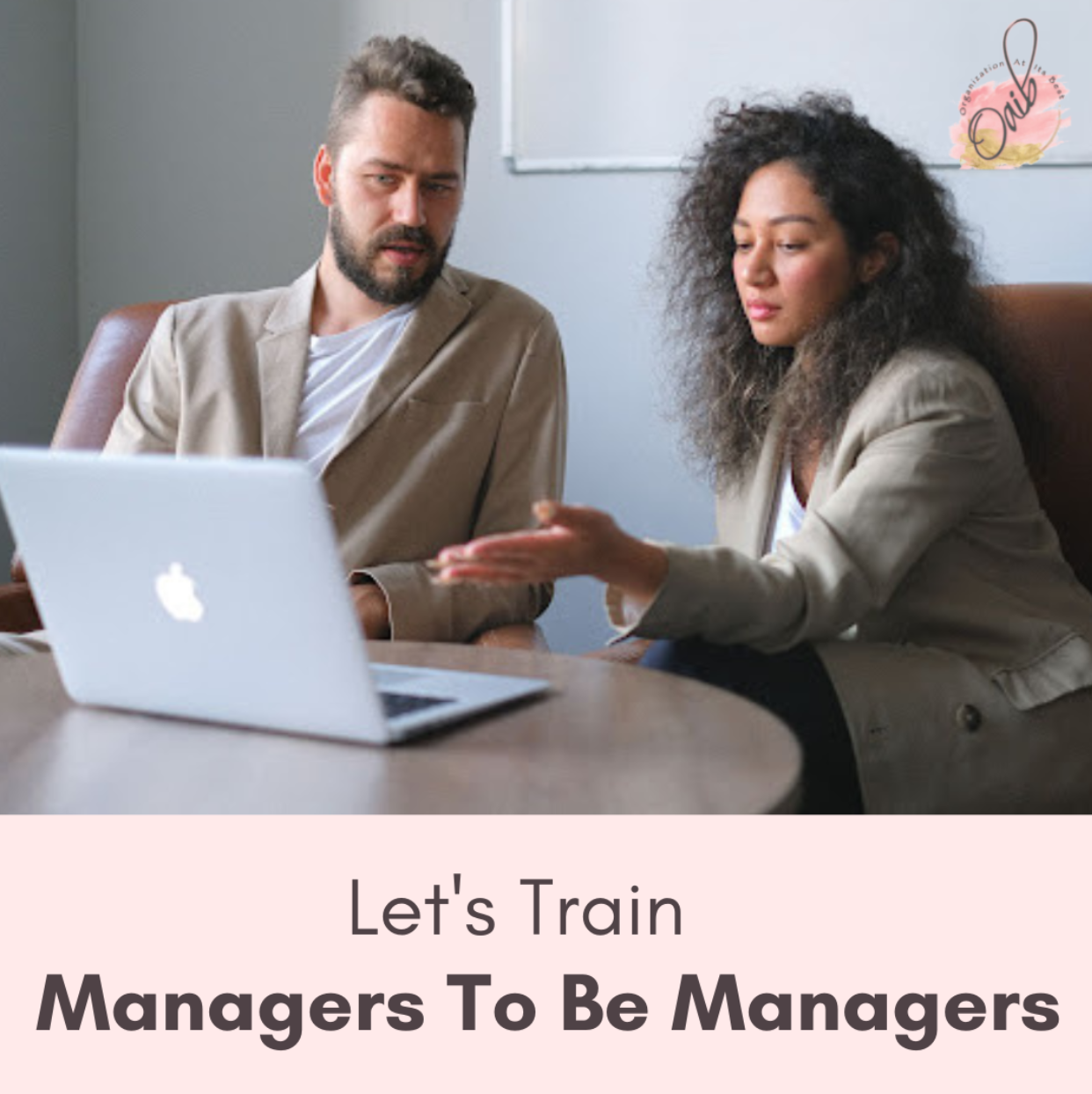 Let’s Train Managers To Be Managers  

Maybe it’s the job market, maybe it’s that leaders are short on time, but we are seeing more and more organizations ask their staff to take on supervisory roles…then setting them up to fail.

Less experienced people are being given management responsibilities (often without promotion, but that’s a different issue) without any management or leadership training.

“Oh, she’s really good at her job,” they say. “Let’s make her a manager or supervisor!”

Then all of a sudden, poof, she’s managing her former peers, or she has to tell a client the company is raising prices, or she has to have uncomfortable conversations about someone’s time off or performance.

She has to give and receive constructive feedback, manage expectations, ask for resources, and say no…all while trying to figure out a new role AND look good to her boss who put her in the role.

This is no different for management skills like coaching for results, navigating difficult conversations, and performance reviews.

When managers don’t have the training, it affects them, their direct reports, and the organization.

A talented young woman was pursuing her Master’s degree and had negotiated a temporary condensed work schedule with her employer.

Her supervisor was a new manager who never had training.

The young woman was doing so well that her client asked for more, but this is where things went wrong.

With the increased workload, the young woman’s manager asked her to increase her work schedule by one full day over what she had previously negotiated.

The woman was forced to choose between working and studying for a final exam for her Master’s degree program.

When she said no, that she had already negotiated a condensed work schedule, the new manager said, “Show me your school schedule with a list of your test dates.”

That’s a fast way to erode trust and build resentment.

And as you can imagine, tension began to grow between them, and not long after, the new manager went to HR and said the young woman was “not a good cultural fit” and “had some performance issues.”

Yes, the young woman was a Person of Color.

And the next thing you know, the young woman was on a Performance Improvement Plan.

Because the new manager wasn’t equipped, and HR didn’t help, the young woman felt attacked and discriminated against, found a new job, and left a negative review on Glassdoor.

If you want to train your managers to be managers, check out our Leadership Academy.