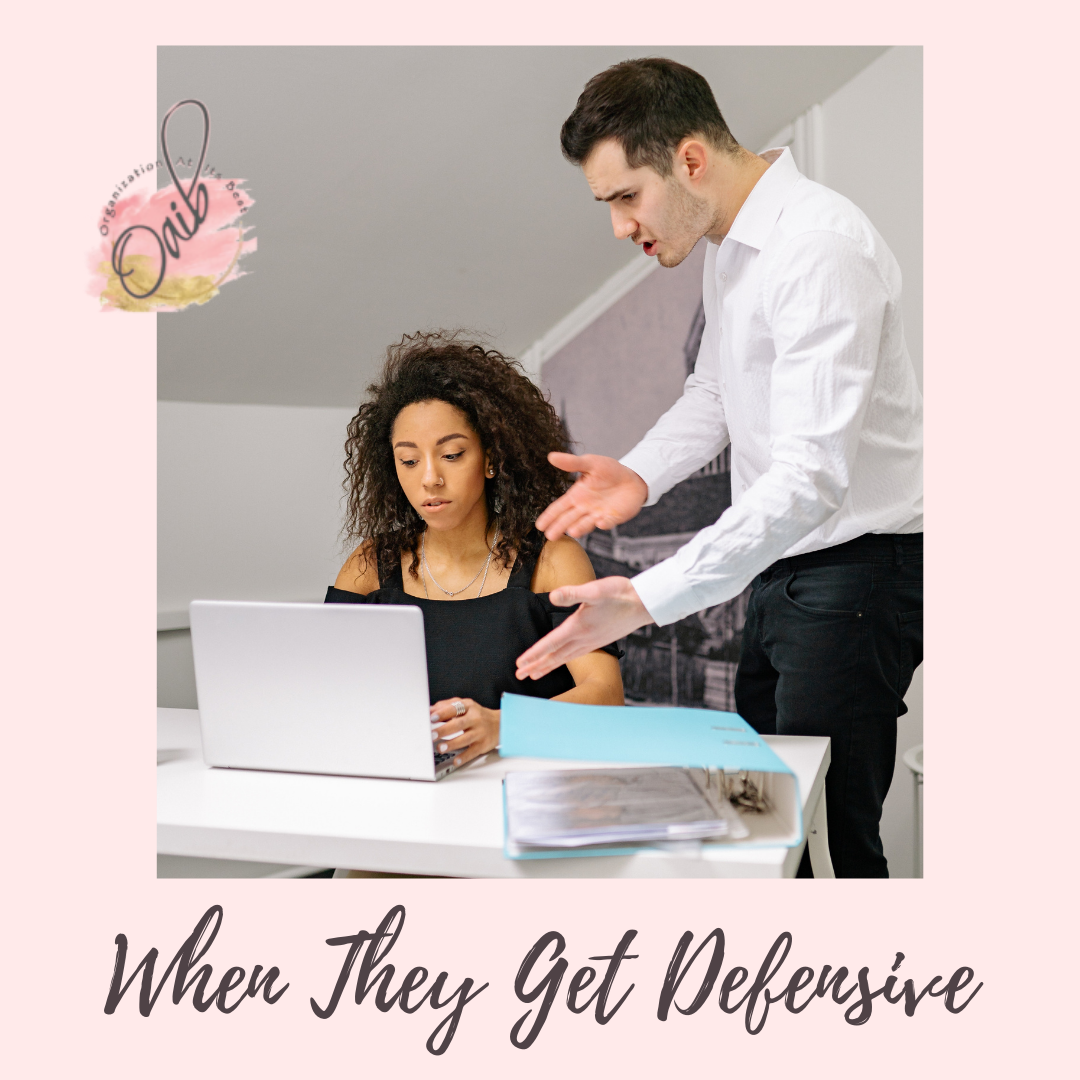 When They Get Defensive

Defensive means “the rejection of critique or accountability that upholds the right to control.”

Joan became my client after many disappointments in her career. She had just left a job where she had envisioned herself long-term.

She described how she felt “glossed over” in meetings.

Her White co-workers were often asked to expand on their opinions and ideas, whereas she was cut off and cut short.

“When I was sure this was really happening, I took a step back and observed in silence,” she told me. “When it happened again, I decided to speak with my manager. She responded with how shocked she was that I was saying this.”

The White manager went on to say that Shanice should know the organization was very inclusive and that she was offended that Shanice was implying otherwise.

Then she took it a step further, asking “Are you sure you’re not making this up?”

Afraid of retaliation and with no internal allyship, Shanice left the organization.

How much energy and resources are wasted protecting power?

Imagine if leaders took that energy and channeled it into facilitating the best out of each person.

Organizational structures are set up to support existing power structures. At the root, there is fear and insecurity, so we get cultures of defensiveness and a lack of accountability. This often manifests as microaggressions and gaslighting.

When I coach leaders, I encourage them to think about how they can be active listeners rather than jump to defend their actions.

It’s okay to not have all the answers all the time. If you don’t know what to say or how to move forward, ask the employee that came to you why and what they’d like to see happen.

Make it an exchange. Listen. Learn.

Intent is not enough

The impact of your actions as a leader matters more than your intentions.

Intentions are usually forgotten, but how someone felt, remains.

In the scenario above, the manager should have listened. She may even have changed the trajectory of the company!

Managers, think about how you want to show up as a leader. Then assess your words and actions against your values.

Whenever you’re confronted, you have an opportunity to choose a response that is in or out of alignment with the leader you want to be.

When in doubt, pause and reflect. Put yourself in the other person’s shoes and try to see how they landed on their conclusion.

You can walk across or burn bridges.